Which bends for joining ropes?

This article has been updated in 2020 with all the bends retested and lots more information on variations including small and large diameters.

Which bend for joining ropes?

Testing and analysis of flat bends used for rope retrieval

As part of writing the Canyoning Technical Manual, I needed to find out more about flat bends. For my own peace of mind, I had to make sure what I was putting in the book was suitable.

In canyoning, as well as other disciplines, you often need to join 2 ropes for retrieval during a pull through descent. For long pitches in aquatic canyons, the bend can take a single person load (≈100kgs). For example, when you have a releasable system in place above the bend.

For many years, the flat overhand has been used. This is often known as the European Death Knot (EDK). The flat overhand is popular as it is easy to tie, easy to undo after normal loading and provides a flat snag-free surface when retrieving. However, the main concern with the flat overhand is the failure by rolling. A combination of stiff ropes, poor dressing/setting, and short tails are likely to be contributing factors to failure.

Five flat bend variations were tested (August 2015) for ease of tying and strength.

Success! Now check your email to confirm your subscription and download. 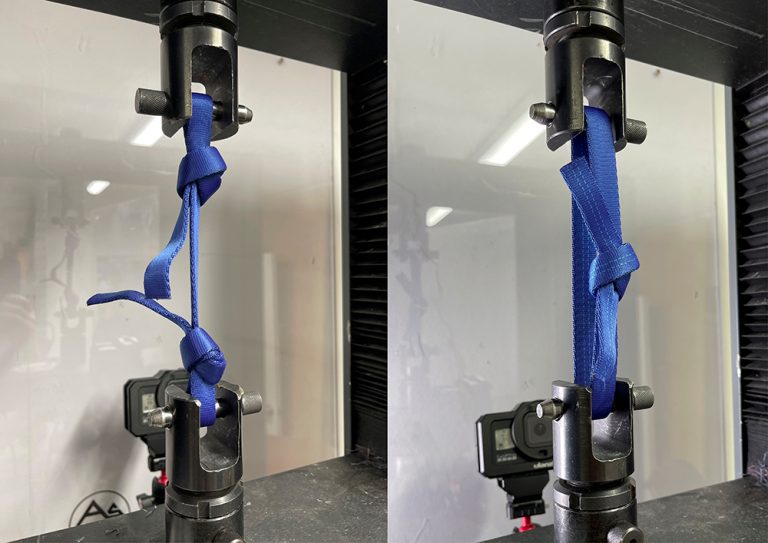