Floating anchors: But what if the anchor blows?

I hear this as a common statement quoted back to me when talking about a two-point floating anchor (aka self-equalising, magic X, etc.).

I can only think it’s based on the assumption you have:

We wanted to dig a bit deeper and find out more about this type of anchor. However, the deeper I got down the rabbit hole, the more questions we had, resulting in more testing. We finally finished up having undertaken over 270 tests with 800 data points recorded.

While there is always more to do, we have got to a point where I understand a great deal more about this type of anchor and have some recommendations at the end about what to use, the best configurations and what not to use, as well as a different way to think about anchor rigging.

As a bonus at the end of the post, we have included a link to a 200+ page summary report with more detail on the testing.

Usually, we use two anchors because we have judged that one anchor by itself is not enough for the context and purpose of use. You need two (or more) marginal anchor points joined together to make a bombproof.

An assessment that a single anchor point is not able to hold the entire load. Several marginal anchors are joined together to form a suitable anchor with sufficient margin.

An assessment that a single anchor point can hold the entire load with sufficient margin. You do not need to have a second anchor point or back up this type of anchor.

Where multiple anchor points are rigged in a way that shares the load as equally as possible.

Where the rigging from multiple anchors comes together, and carabiners are attached.

Rigging for a multi-point anchor where the focal point cannot adjust. The load sharing capability has a limited range.

Rigging for a multi-point anchor where the focal point can adjust and move left and right under load. The load sharing capability has more range.

A floating anchor, self-equalizing rigging, magic X (or whatever you choose to call it) has long been used in rescue to automatically attempt to share the load between a two-point anchor without any manual input. That is, as you are busy lowering, as an example, you don’t have to monitor and adjust the force on each anchor. The rigging method is fast to tie and uncomplicated to set up in your rescue environment. 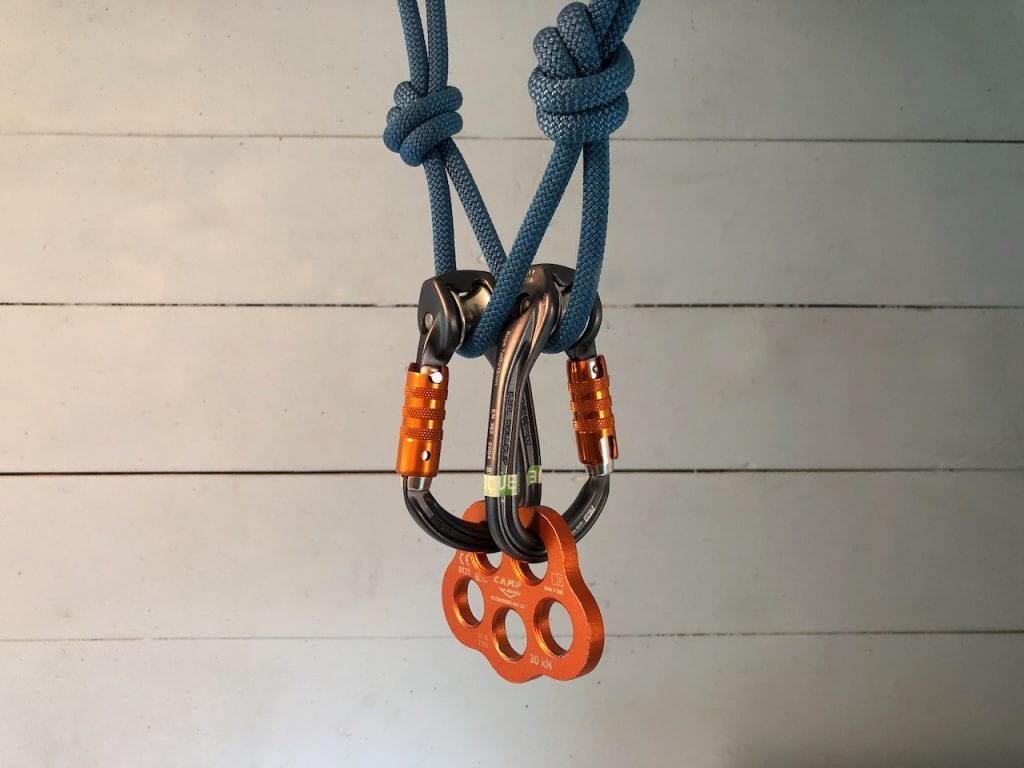 For backcountry rescue applications, we have used this configuration for a slope lower where the fall line can change (the load moves side to side) and where the anchors are close together or inline, such as 2 bolts. In these cases, it is difficult to predict where the focal point of the 2-point anchor will be, or any movement off the centre line will result in one anchor being loaded (negating the point of having a second anchor).

What we wanted to know?

Some key things we wanted answered:

Side to side tests - does it work?

Floating focal with a twist/magic X:

2-point fixed, 1 carabiner, 2 strands clipped, 0cm drop, on the side WITH the bend, 90cm sling

2-point fixed, 1 carabiner, 2 strands clipped, 0cm drop, on the side WITHOUT the bend, 90cm sling

2-point floating, 1 carabiner, 1 strand clipped, 10cm drop, on the side WITH the bend, 90cm sling

2-point floating, 1 carabiner, 1 strand clipped, 10cm drop, on the side WITHOUT the bend, 90cm sling

2-point floating, 1 carabiner, 1 strand clipped, 10cm drop, on the side WITHOUT the bend, 120cm sling 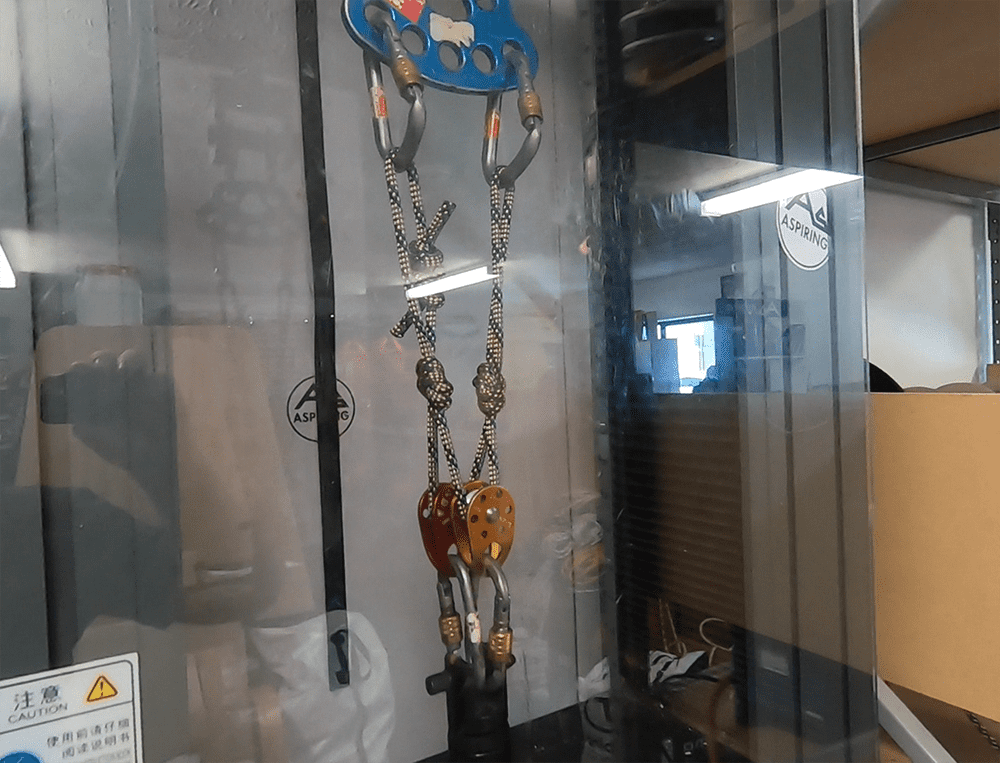 2. Share the load as equally as possible between the anchor points.

PUTTING IN A TWIST/MAGIC X

3. The materials you use does matter if one anchor fails

Floating anchor: but what if one anchor ‘BLOWS’ – isn’t it going to rip the other anchor out?

The statement above is back to front thinking for anchors. Our priorities should be the other way round. If we build quality anchors with sufficient margin and share the load as equally as possible between them, they are unlikely to fail.

Therefore the hierarchy of thinking for 2-point anchors should be: